The previous naming schema was ambiguous because gcc 5 and later can be used to build binaries with C++98 ABI.
Since the release 2.26.0 FIX Antenna binaries have following naming convention for Linux:

How to use FIX Antenna with GCC

Preparation step: set symlink to suitable binary for your platform. Use ${FIX_ANTENNA_LOCATION}/samples/v12-linker.sh helper for that purpose or use ln from binutils.

Take ${FIX_ANTENNA_LOCATION}/samples/FIX_Quickstart example for this tutorial.

First way: build the project using the parameters of the compiler and linker from scratch. 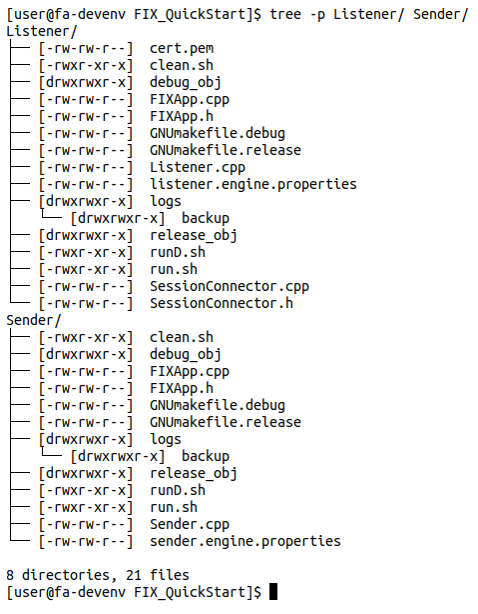 Go to the FIX Message Listener directory and compile it with following parameters:

Do the same things for Sender:

Sender and Listener are compiled for debug mode. If you want to do it for release, use -DNDEBUG instead of -D_DEBUG, remove -ggdb and add -O3 flag to optimize the code.

Please, pay attention at using -I flag to set location of FIX Antenna include directory (-I../../../headers).Don't forget to set libV12.so location with -L flag (-L../../../lib) and to add FIX Antenna library as additional dependency with flag -l (-lV12) when you link executable:

How to build project with FIX Antenna using Make utility

GNUmakefile.debug and GNUmakefile.release files are created for debug and release configuration:

Go to parent directory FIX_Quickstart and run make -j$(nproc).  As result, Listener and Sender directories have the following structure: 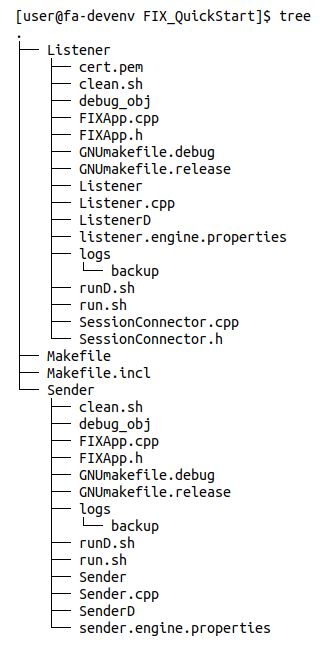