One of the important metrics of a FIX engine is the tick-to-trade latency. In order to estimate the tick-to-trade latency we use a ping-pong benchmark and measure the response time distribution. That is, the client sends NewOrderSingle messages at an approximately constant rate, and the server sends an acknowledgementacknowledgment. We collect the response time, that is is the time interval between sending the message and receiving the reply measured on the client-side. Both the client and the server used in the benchmark are FIX Antenna based applications with engine configurations tuned for minimizing delays both in the TCP/IP stack and FIX Antenna itself. Also, we use kernel bypass TCP/IP stack with an appropriate network card. 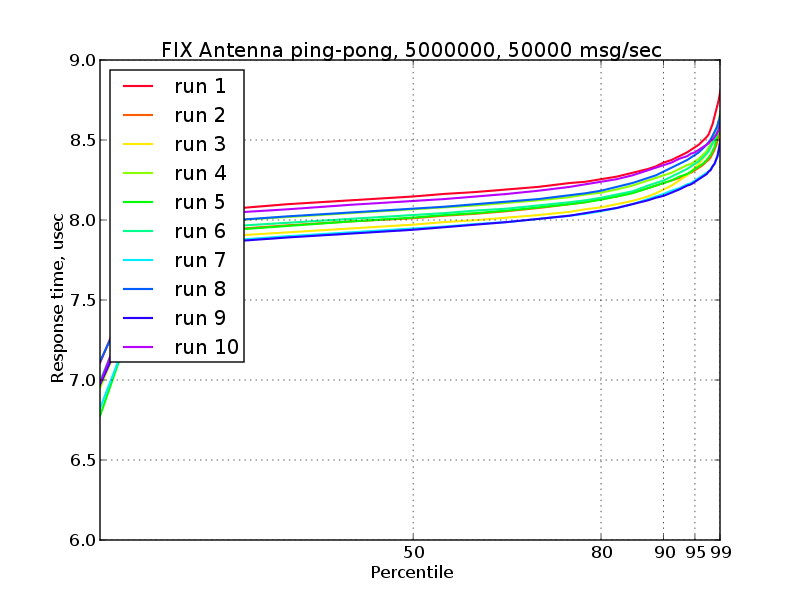 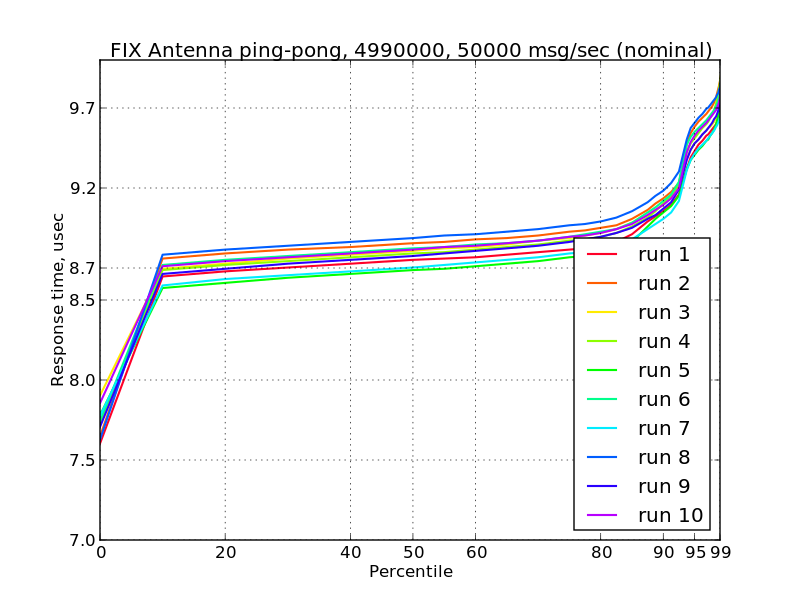