It consists of two applications: Subscriber and Publisher. Subscriber asks Publisher for log files and stores them in a local folder in a message-by-message manner. The admin tool depending on command-line options can be used as an RT mode manager.

The package consists of an executable and several script files (cmd for Windows platform and a shell script for *nix platforms). There is a possibility to install the executable as a Windows service within itself if required.

There are two most commonly used Replication tool modes.

One of the major uses of Replication tool is disaster recovery.  In this case, the Replication tool is used to synchronize the FIX logs between different datacenters
to increase the fault-tolerance of the system.  This usage is represented by the following diagram.

The recovery of them is handled via the FIX protocol retransmission starting from the sequence number of the last processed (replicated) message.

When the primary site become available , Node 1 goes back online in backup mode. It needs to get the messages that were received/sent and handled by Node 2. 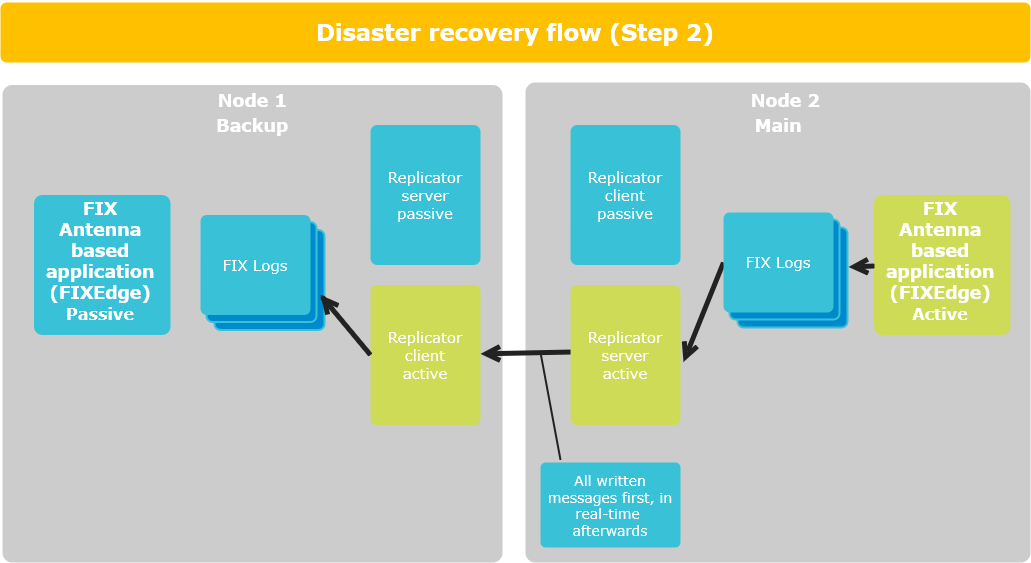 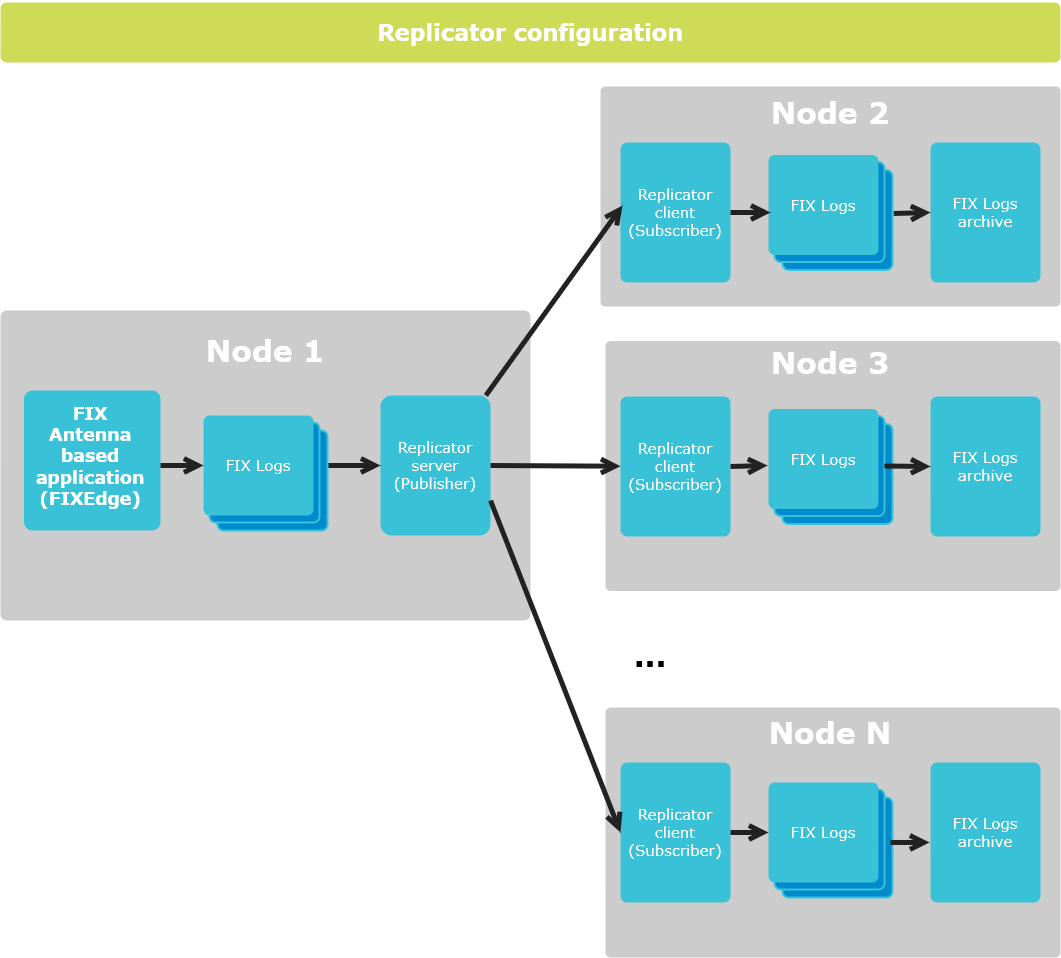