The following parameters are measured during the test: 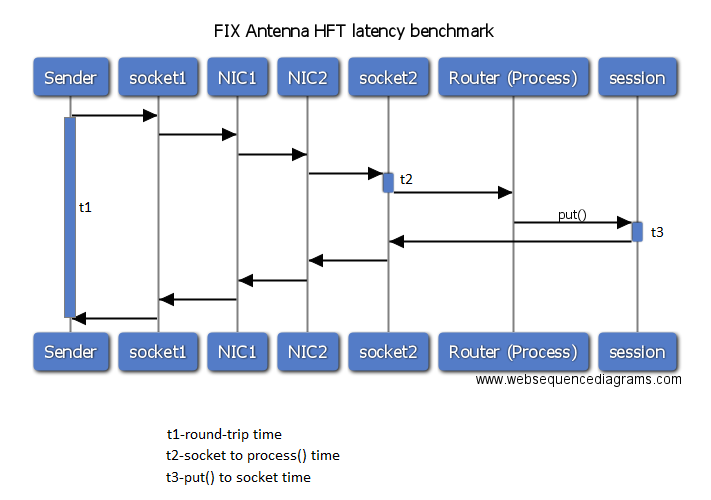 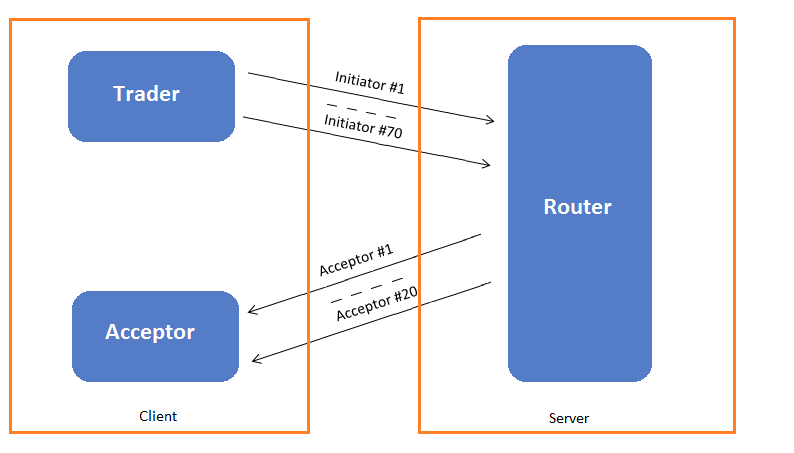 Test results for different number of Sender sessions and Receiver threads (the 50th percentile values) are presented in the table below. 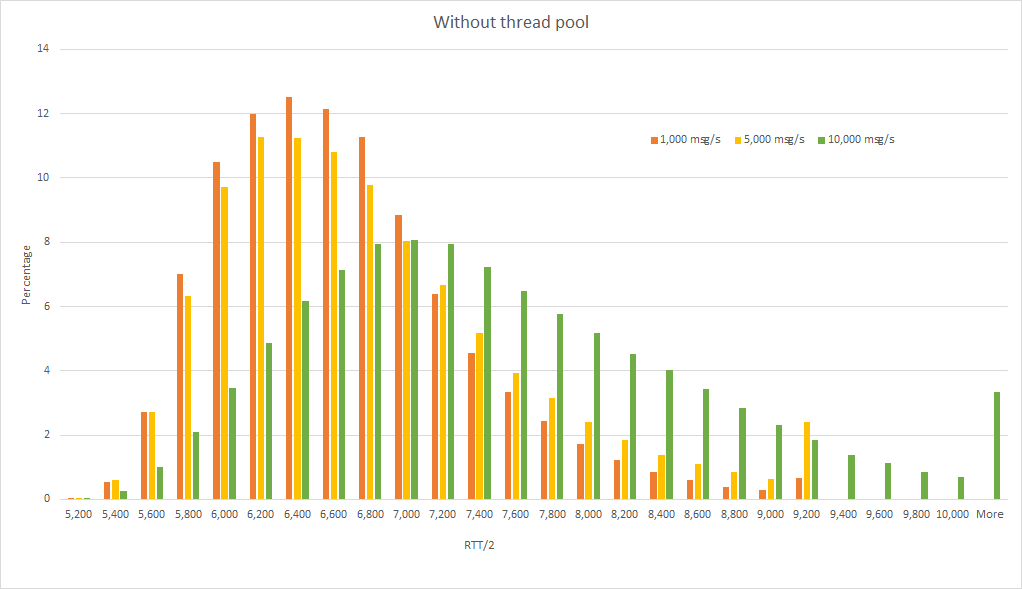 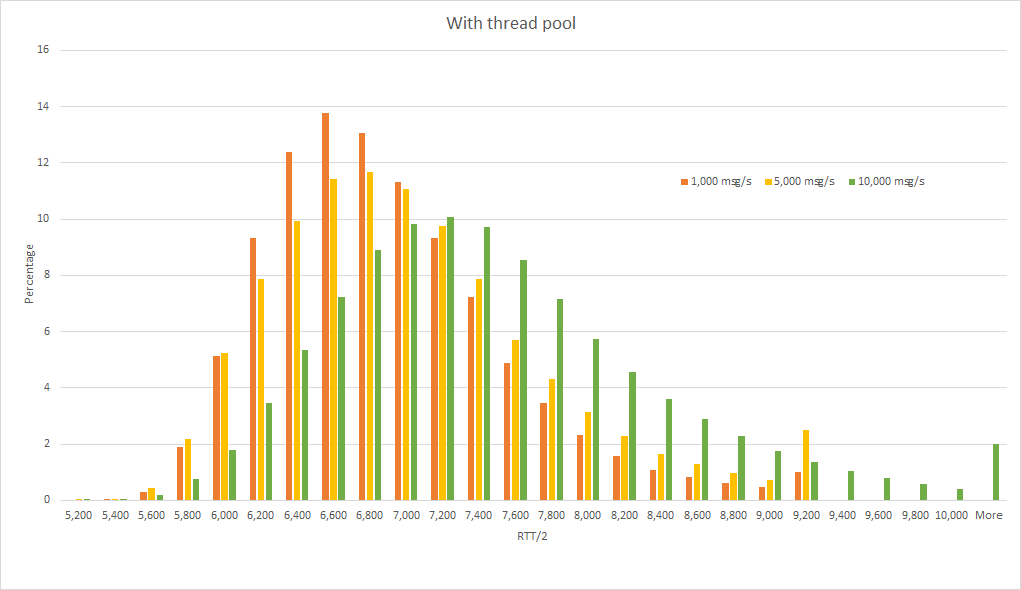 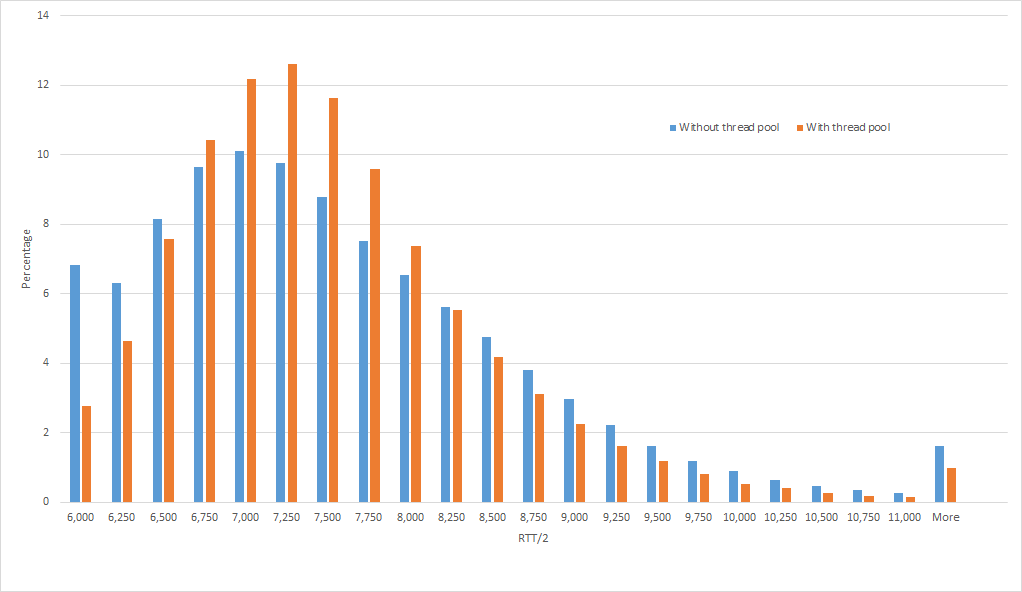